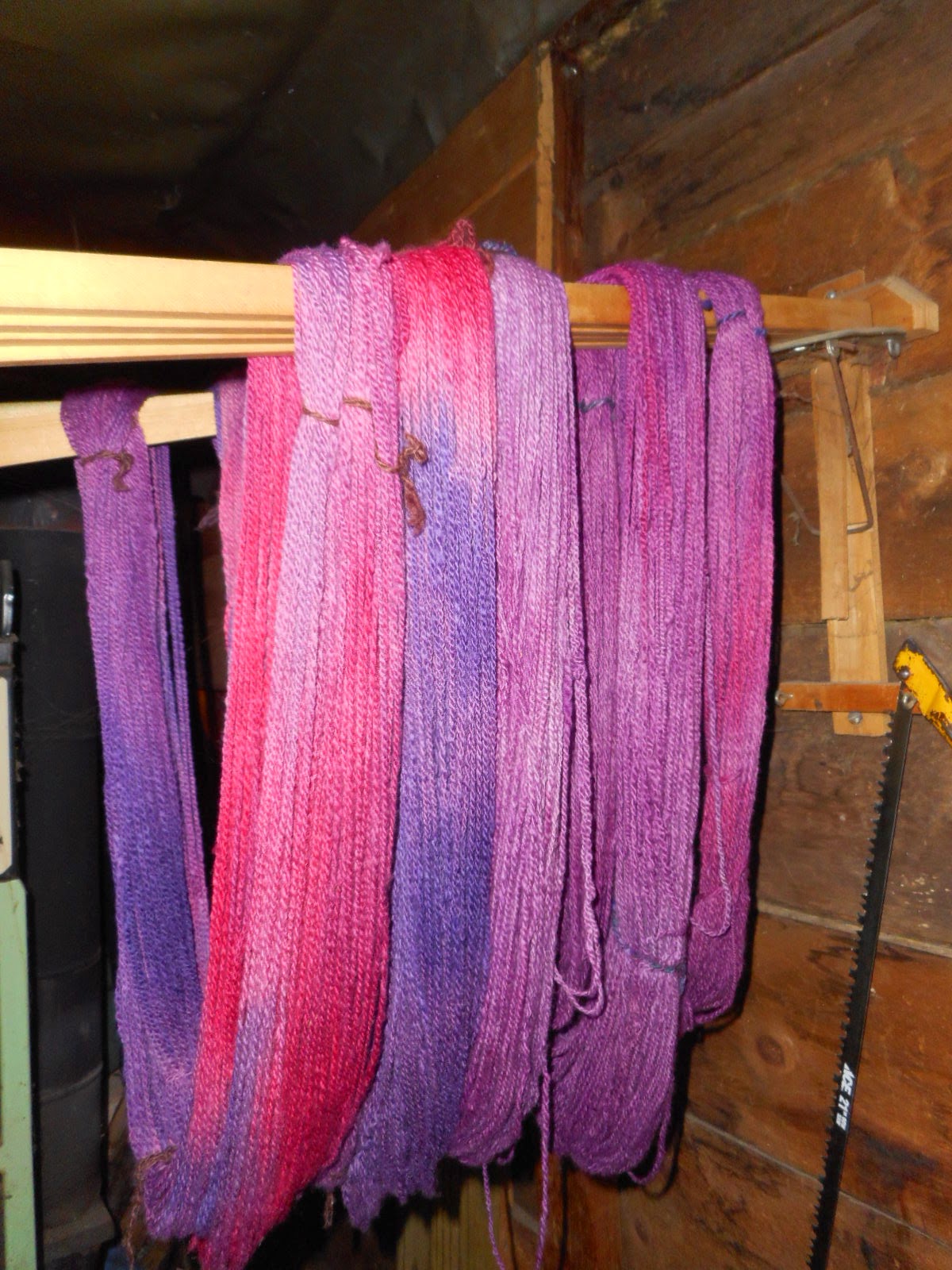 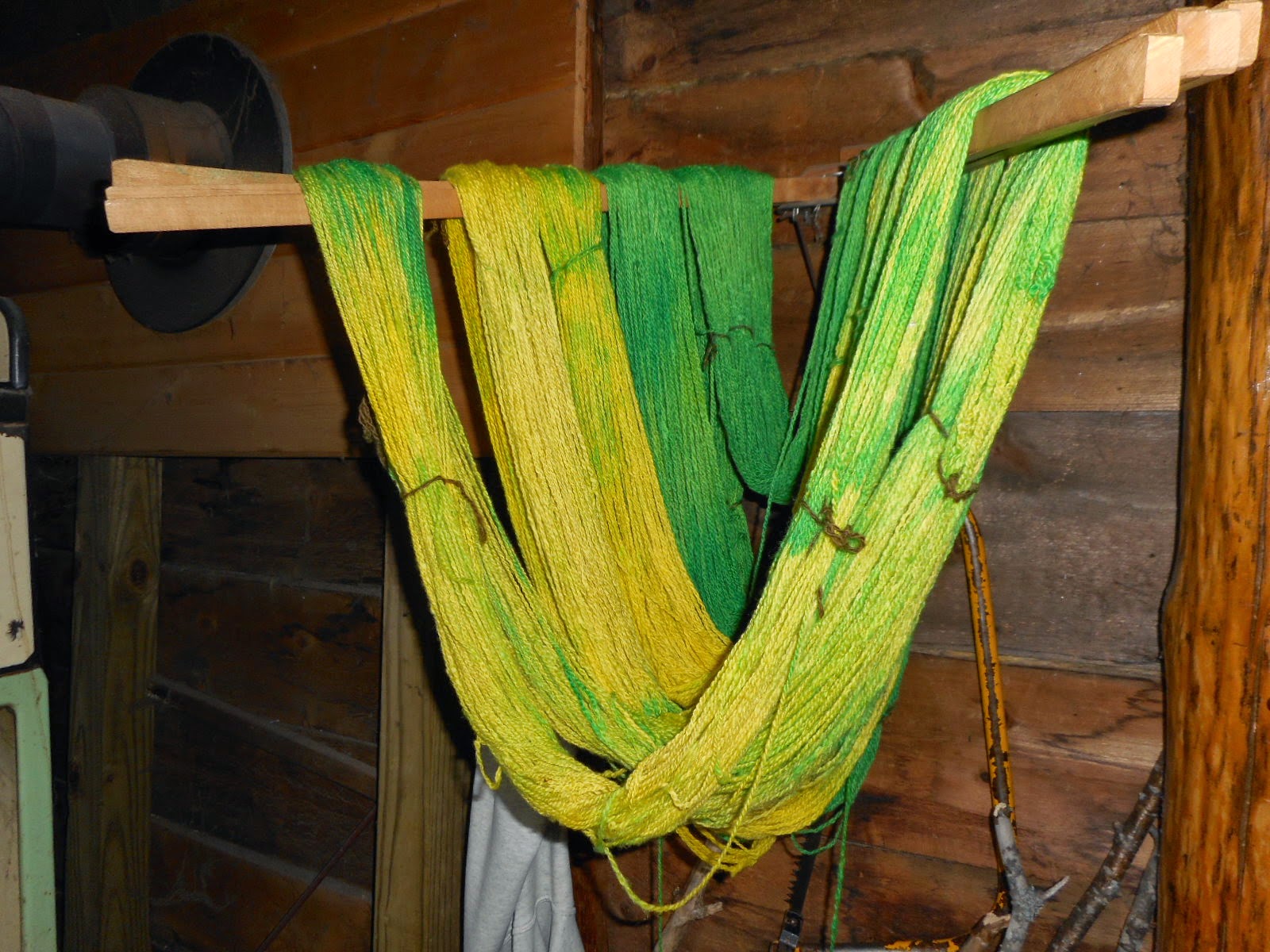 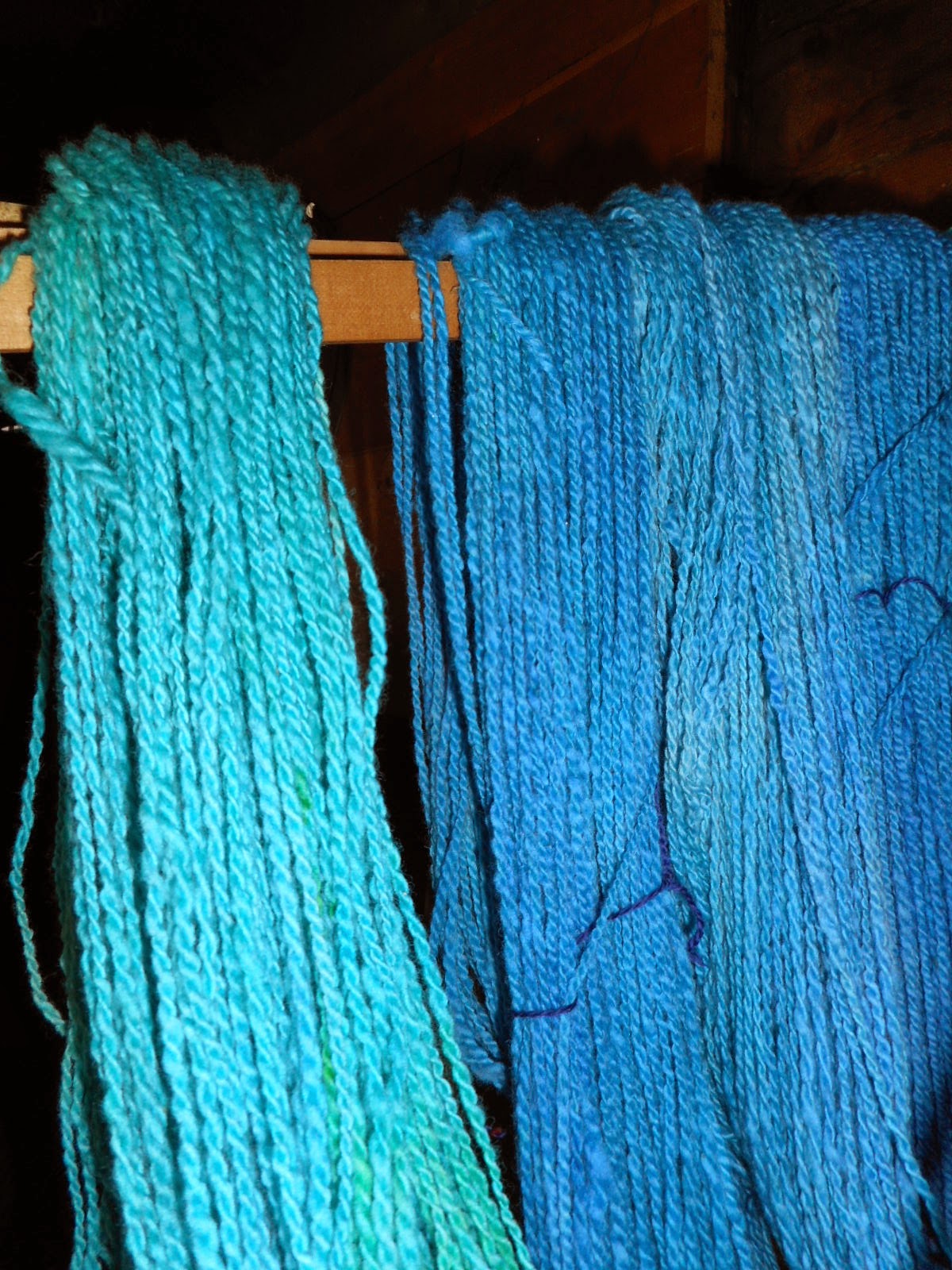 Two colors...one pot.  Love this dye and the end results.  Yarns are for sale.
Posted by Karen Valley at 8:25 AM No comments: 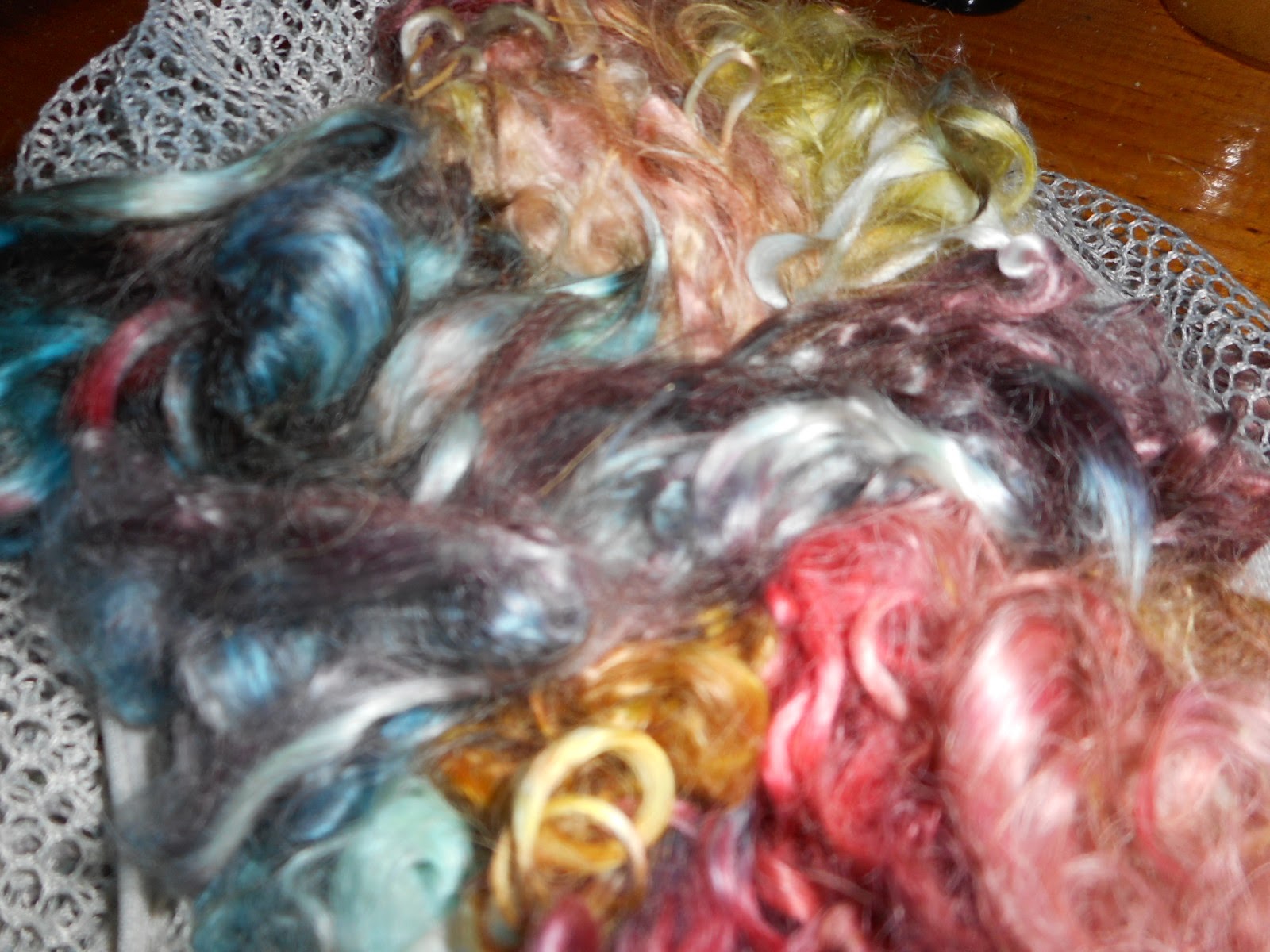 One pot and four food coloring dyes produced this lovely assortment of colors with a light antique caste to them. 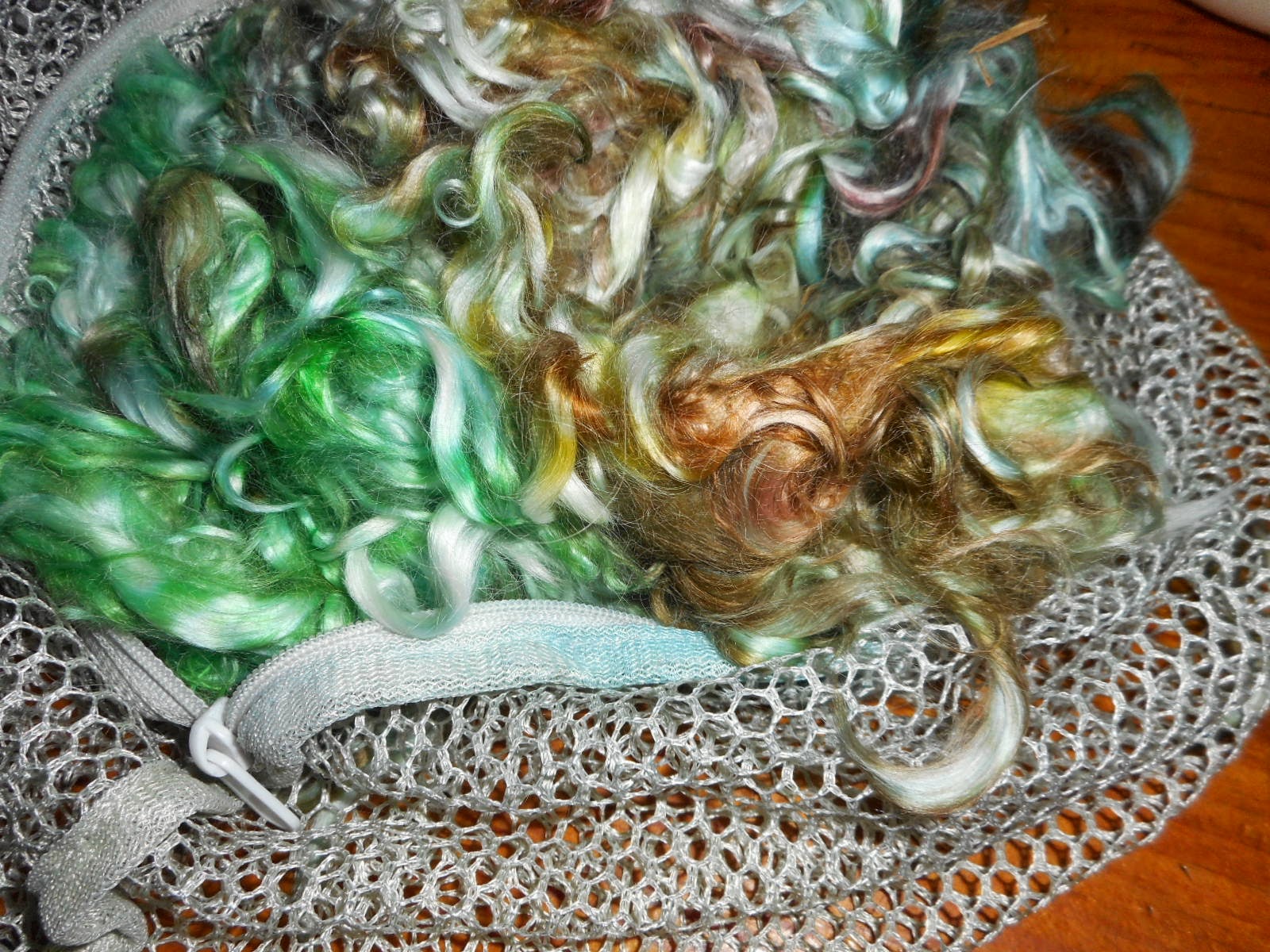 Next step is to put them through the carder.
Posted by Karen Valley at 8:21 AM No comments:

DYEING TO STAY INSIDE THIS WINTER!

What do you do when the polar vortex is howling outside your front door?  Break out some lovely Shetland fiber and food dyes and play on the woodstove. 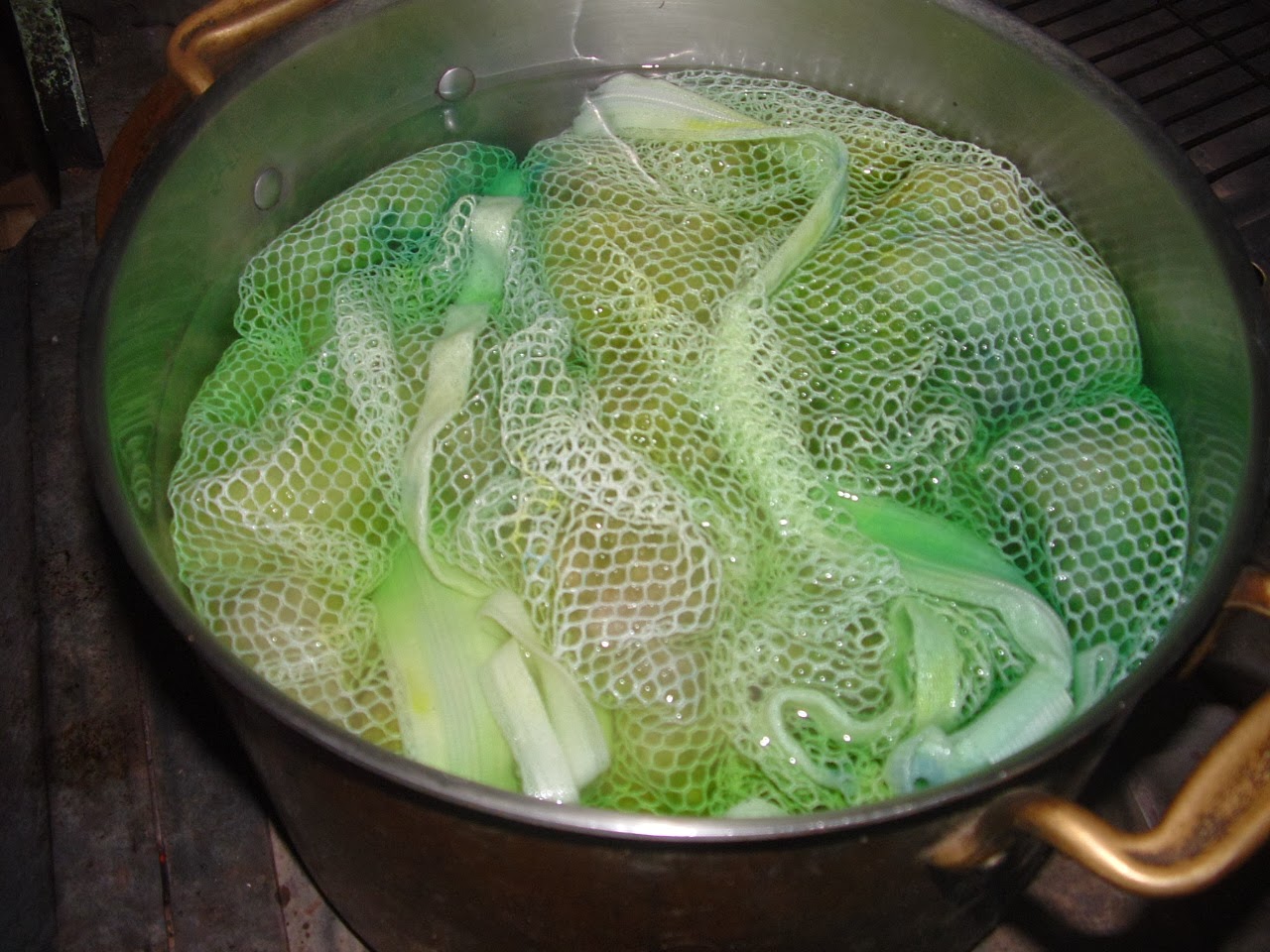 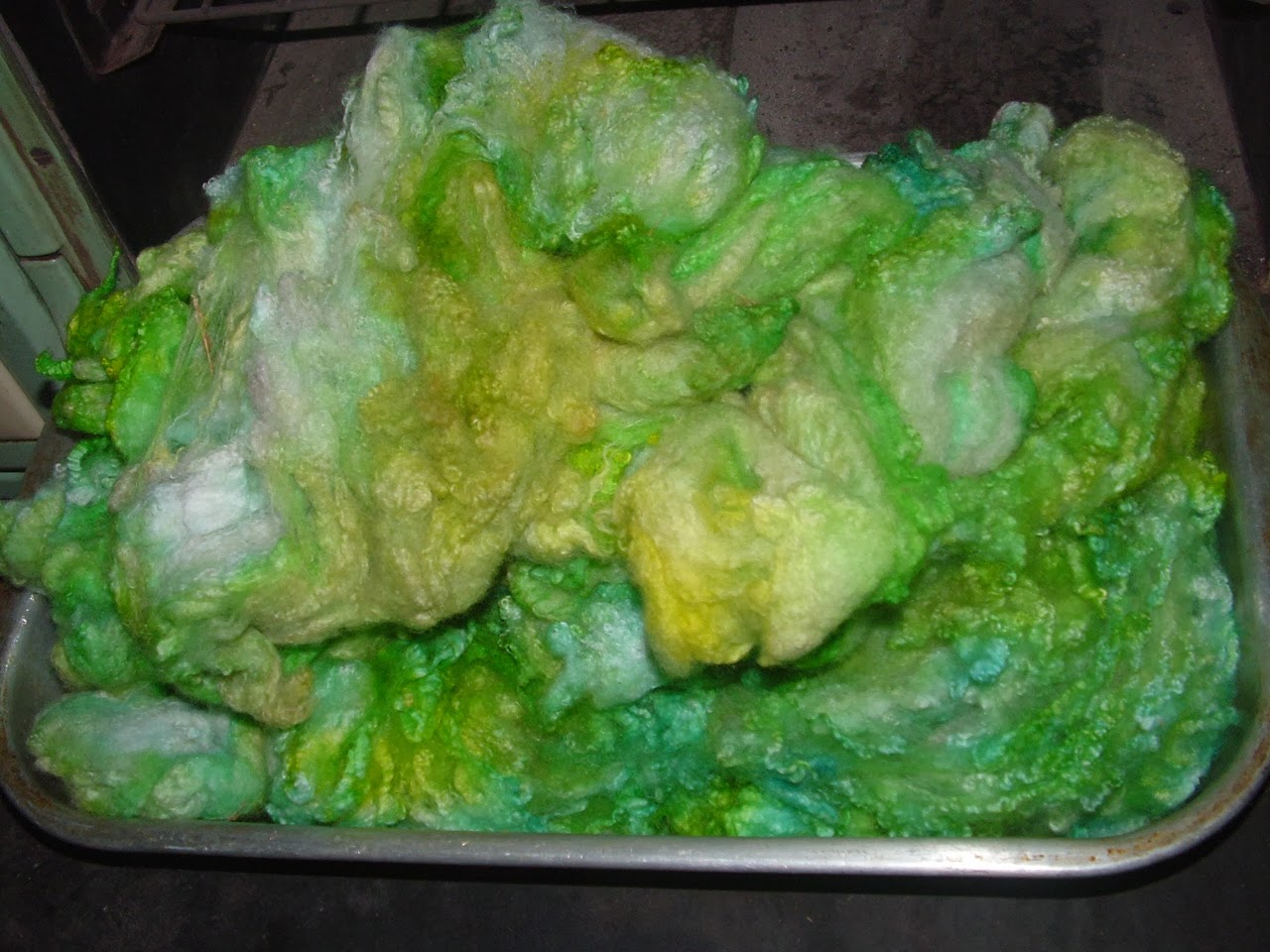 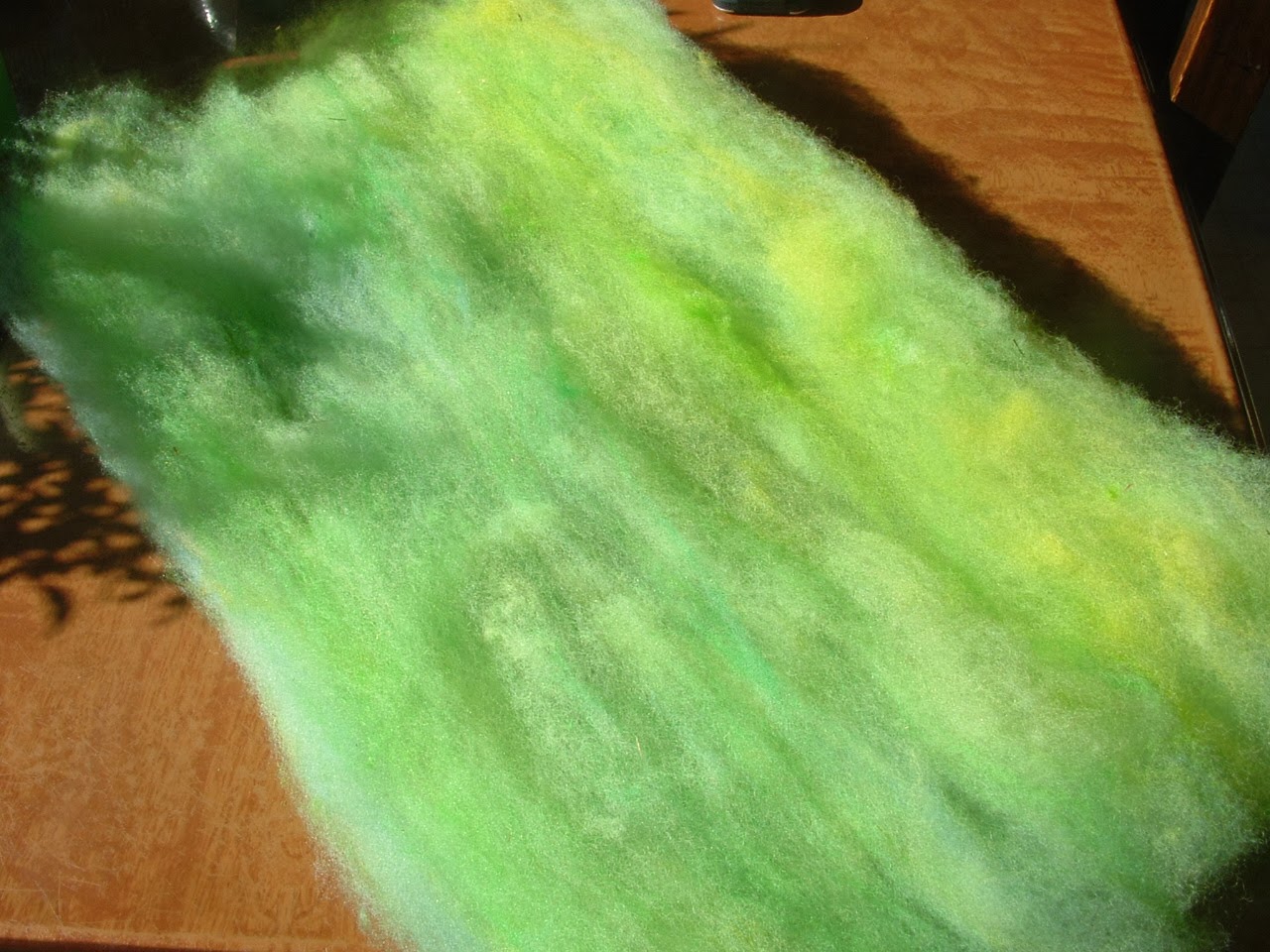 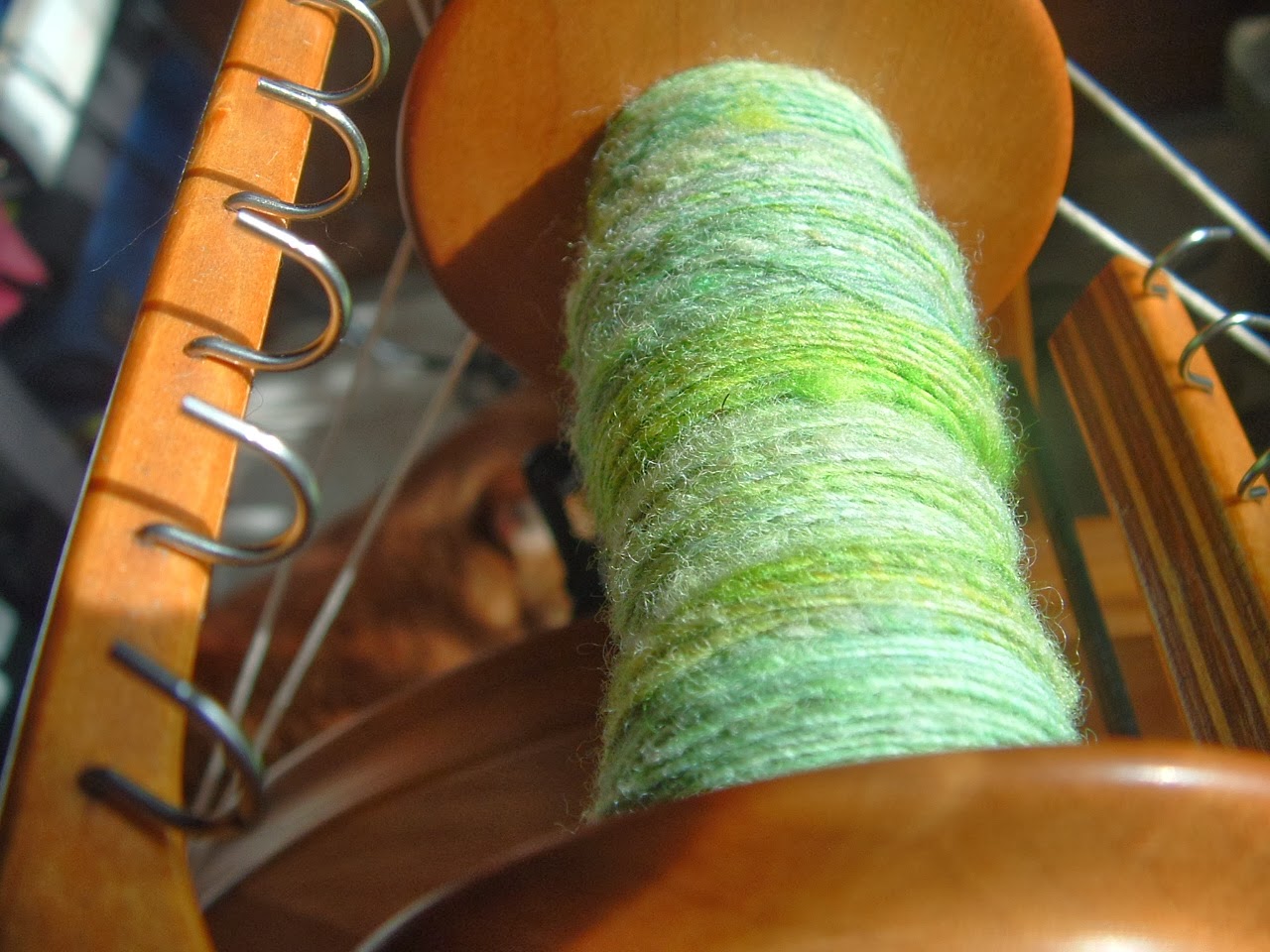 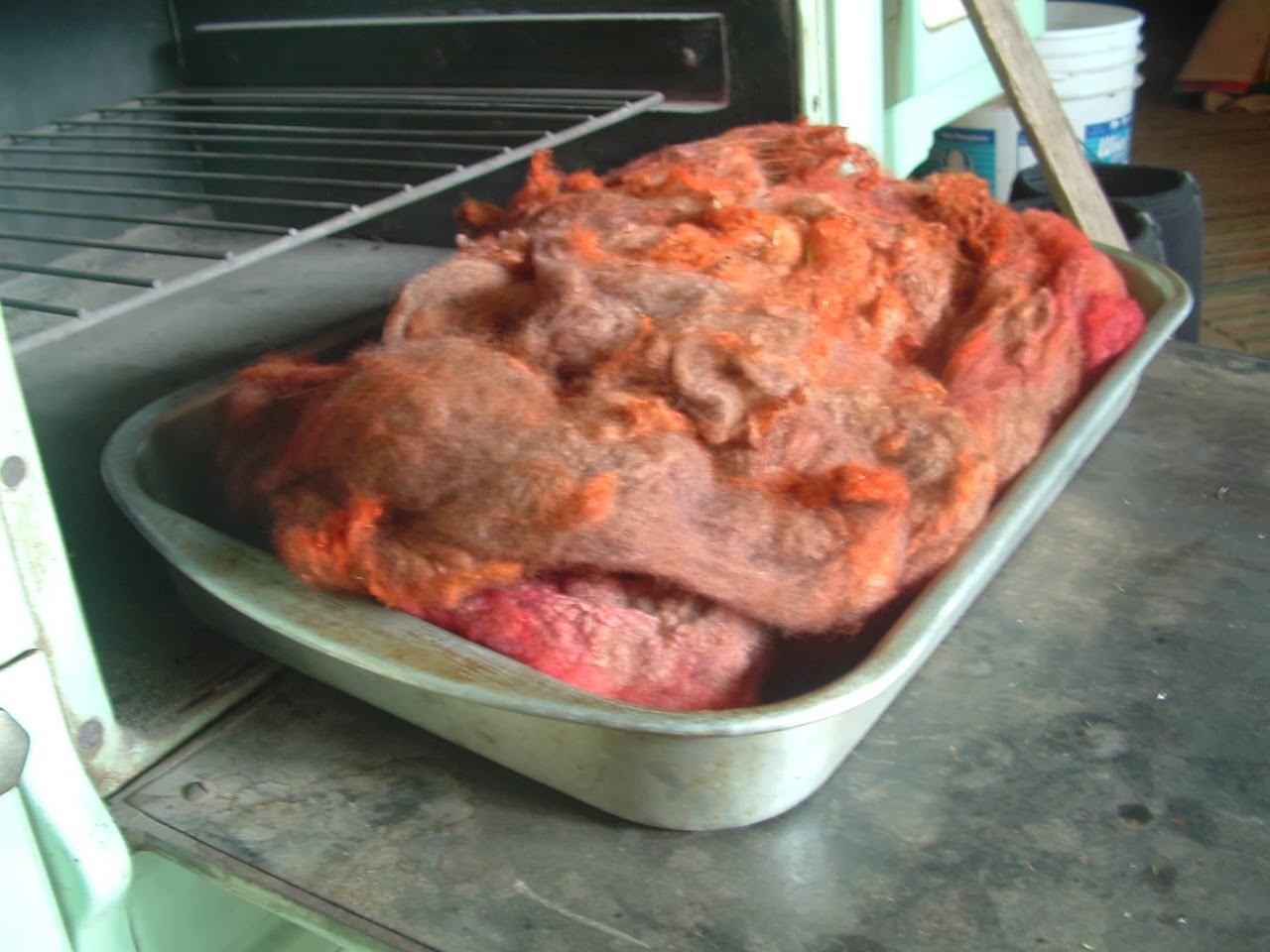 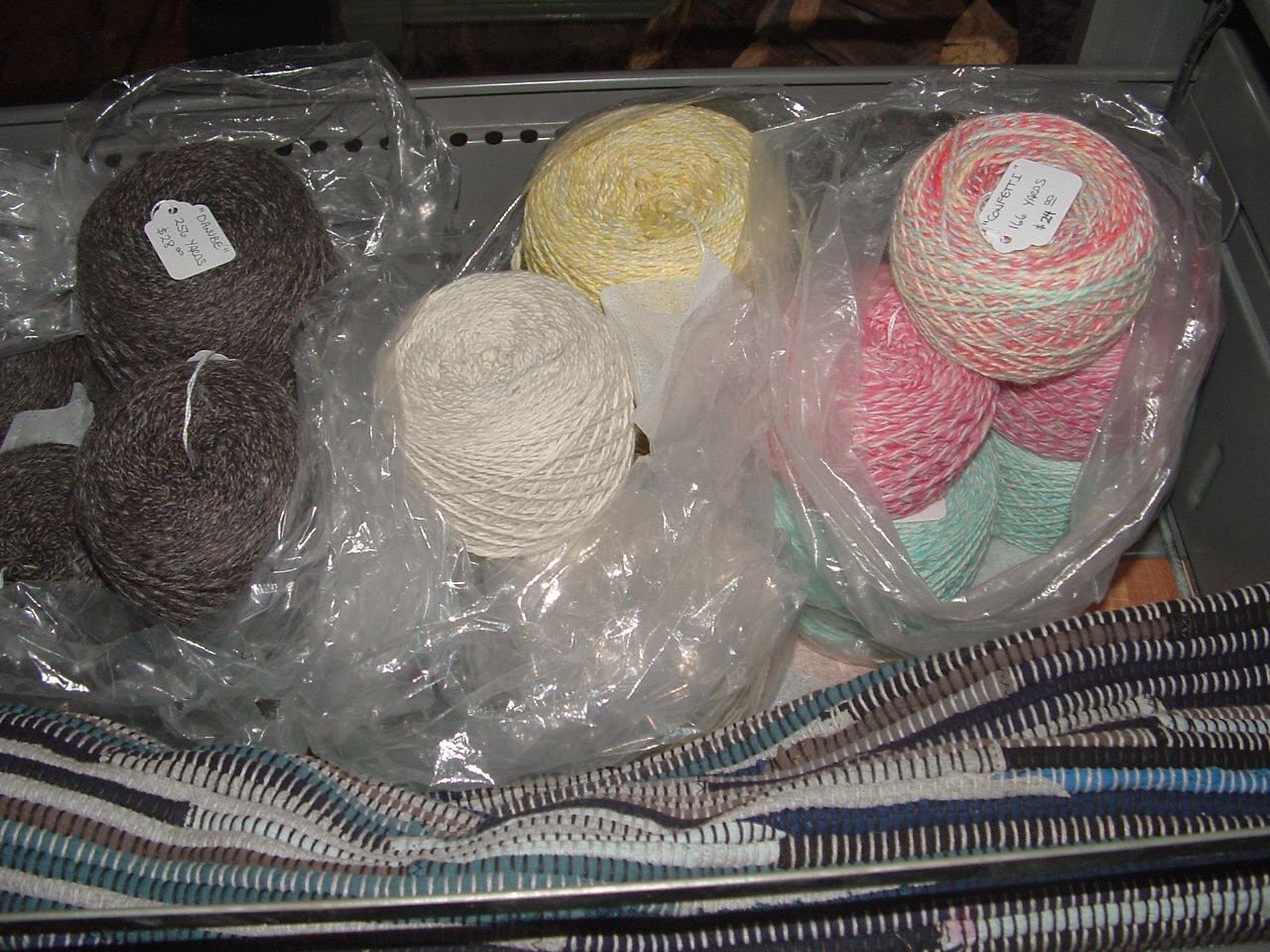 Some of my handspun yarns from this winter of artic blasts.  All for sale.  Contact me for yardage and pricing.
Posted by Karen Valley at 11:19 AM No comments: 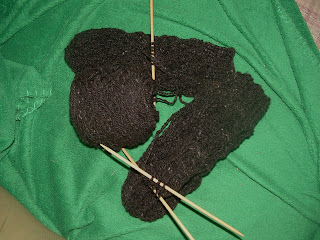 Our farmer's market in Marquette ends on October 27th.  This will give me almost a month to spin, knit and prep enough inventory to attend the annual Christmas Craft Show in Marquette's Dome.  Last year 10,000 people attended the three day event.   I am hoping it will prove to be a good market for some of my less pricey items.  We shall see.  I just hope I have enough fiber, as I seem to be going through the 2012 clip at an alarming pace. 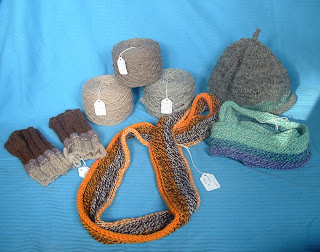 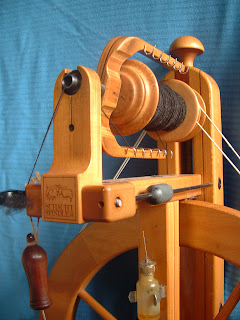 That is all we still have for sale this year, as all the Cormo X top is sold along with the other fleeces.

I want to thank my customers for their business and love of my fiber. I believe we will have some truly wondrous fiber and rovings available next season by mid-summer as I've had a chance to look under the coats on our flock and beautiful things are happening.

Check back with us if you have any special interests and get on the list.
Posted by Karen Valley at 10:43 AM 2 comments:

Let me know if something spikes your interest and I can send you samples and details.
Posted by Karen Valley at 4:57 PM No comments:

FLEECES THAT ARE STILL AVAILABLE

I will have three pounds of Gryffindor's lamb fleece available for sale after Michigan Fiber Fest in late August. One pound is already spoken for. $25.00 per pound.

I will have five pounds of Raggedy Ann's second fleece(19 microns mid-side and coated year-round)available after Michigan Fiber Fest. $25.00 per pound.

I have 2+ pounds of Alafair's black with silver Shetland fleece. Very nice handle and look...heavily skirted. $12 per pound.

I have Secondhand Rose's moorit with some age silvering to it Shetland fleece for sale. $10 per pound. I believe there are at least two pounds. Her fleece is very dense and crimpy and about 2-1/2 inches in staple length.

I have a few other select brown tone fleeces(Shetland)I might be willing to sell. Fiber samples and pricing available upon request.
Posted by Karen Valley at 11:56 AM No comments: 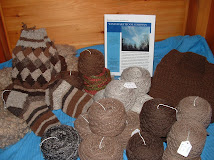